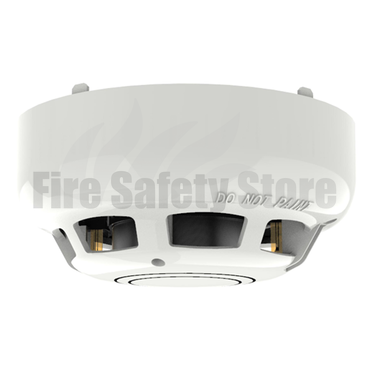 Model ACC-EN is a Multi-Sensor, which is fully compatible with Hochiki’s ESP Analogue Addressable Protocol, and incorporates a thermal element and High Performance photoelectric smoke chamber.

The ACC-EN has three modes, which are controlled from the Control Panel, allowing either the optical element or thermal element or both elements to be active in making the fire decision.

The sensor polling LEDs can be controlled via the Control Panel (pulsing/non-pulsing). The ACC-EN smoke chamber can easily be removed or replaced for easy maintenance.